David Barnett, ‘Barney’, mountain legend of Courchevel 1650 smashed (sometimes literally) his way through his ski instructor exams. From BASI Level 1 to ISTD 4 in an eye watering 28 months, he tells us a bit about what he did and if instructing is all it’s cracked up to be.

My first time on skis was on a family holiday in Morzine age 11. I was terrible. So terrible, in fact, that I was actually quite dangerous as I didn’t know how to stop or turn. I just went straight. I survived the holiday, but my dad sat me down and said if I ever wanted to go skiing again I was going to have to have lessons.

Fortunately my dad’s friend went to the dry ski slope in Christchurch, Bournemouth, each Saturday so I started tagging along with him. Pretty soon I was hooked. On my first race on a dry ski slope I came 4th. I’m fairly competitive so that was it – I wanted a medal. I raced pretty much every weekend until I was 16, at which point I think my dad suggested I go and do a ski season. I have a pretty cool dad.

In 2003 /2004 I went to La Tania in Courchevel, 3 Valleys, and worked as a chalet boy. Doing the season made me realise how much more to skiing there was than just dry slope racing; off piste, the park, bumps… but it also made me realise that I wasn’t half as good as I thought I was. I was pretty happy out in the mountains, and wasn’t really sure that I wanted to go to university. Lots of people were saying I should go, but there wasn’t really anything I really loved doing as much as skiing. So I decided to hang around for another ski season (winter 2005 /2006) and did my BASI Level 1 at the end of it so it looked like I wasn’t just a total ski bum.

This was a bit of a game changer. I guess I realised at this point that I could actually have a career, a ‘Proper Job’ doing something I really liked. And talking to the trainer and the other people on the course made me even more determined. I was doing this as fast as I could! 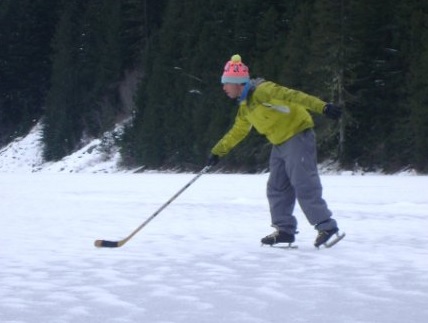 That winter I also did my BASI Level 2. In the summer of 2006 I did my 200hrs teaching experience back on the dry ski slope, and I also went to Interski too. I then went back to France in the winter of 2007. I was working as a transfer driver at the weekends, and then either training or doing exams during the week. Pretty busy. I got my ISIA at the end of that winter in 2007, and went for my first Eurotest in Alp d’huez. I had a really big crash. I figured I’d rather have no time than a slow time!! But it was all good experience, and I hadn’t done any race training at that point. 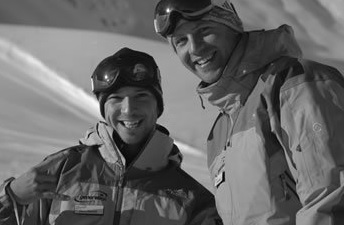 For my last level of qualification, the ISTD 4 with BASI, I went to New Generation’s training school in Verbier. I did race training, mountain safety training, bumps training and had loads of fun. Plus I managed to pass all my exams FIRST TIME around. I was pretty stoked with that. And I got my Eurotest in December 2008 then went straight to working in Courchevel. I reckon I did all the exams as quickly as you can – in about 2 and a half years – as I didn’t fail any and only had to do my Eurotest twice. 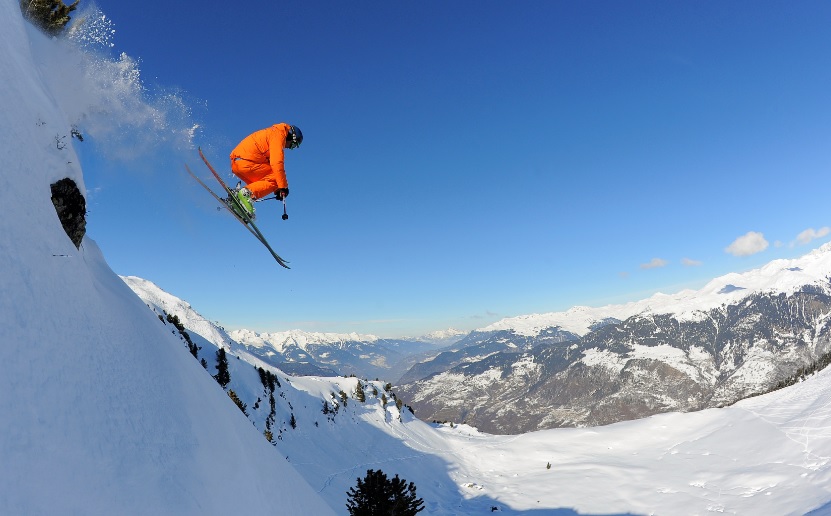 My commute to work

It’s a pretty awesome job that I’ve got – I can do it anywhere in the world, and I figured, if I did want to go back to uni one day I could do it. But with being a ski instructor, I could work in the holidays and pay my way. Definitely no regrets from me – I went to the university of life!

More info about my team in Courchevel 1650