With the EU Referendum fast approaching, and the campaigns to Leave and Remain becoming more frantic, we thought we would try to breakdown some of the key arguments and what we think it might mean for us. 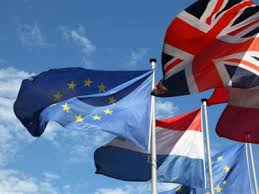 With almost 1 in 10 British people living abroad and millions heading to European destinations for their holidays it is no wonder that the question of living, traveling and working in Europe is key to this debate.

Vote Leave argue that due to international law there is no reason why leaving the EU should force a mass return of expats or prevent holidays and travel within Europe.

Vote Remain are less certain and point to the increase in communication and medical costs that would almost certainly result from a Brexit. They also highlight the benefits of a system which allows millions of British people to live, work and retire where they like within the EU.

This has become one of the most hotly debated topics surrounding the upcoming referendum and a particular point of focus for the leave campaign.

Argue that it is impossible to control immigration while we remain part of the EU and claim numbers of migrants are far too high.

Point to the fact that immigrants from the EU to Britain bring in more in paid taxes than they take out of our system. They also highlight that more migrants in Britain are from outside the EU than within it.

Trade and the Economy

With half of all UK trade conducted with the EU it is no wonder this poses big questions for the debate.

Focus on what they see as the burden of EU regulations on businesses and believe Britain would be able to negation new trade agreements outside of Europe following a Brexit.

Highlight that as a share of exports Britain is more dependant on the EU than it is on us. They also believe we would still have to play by EU rules in order to retain access to the single market.

There are passionate arguments from both sides but ultimately we love being part of a European community and all the opportunities that brings. Clearly no system is perfect but surely we can bring about more change from within in than without. To see how a Brexit could affect you check out this video from the Guardian.

What it means for us?

There is no doubt that a vote to leave could lead to a real shake up of the international Snowsports industry in Europe. No one can know for certain what this would look like but we are confident that provided companies have the correct legal set up they would still be able to operate. Similarly as long as ski instructors hold the relevant qualifications we can see no reason why they would not be able to continue working in Europe.

While we strongly believe that we are better together, the Alpine mountains which form our winter wonderland have stood for over 30 million years, unmoving through uncountable political changes. No one can know what the outcome of this referendum will be, or what will happen following it, but what we do know is that the Alps are going nowhere fast and we plan on enjoying them for a long time to come.