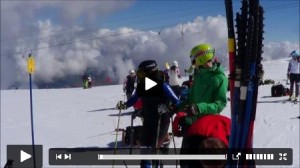 When I finished the New Gen Gap Course in March I certainly didn’t expect to be going skiing in June. However, my roommate from the course sent me a link to the Podium Ski race camp in Les Deux Alpes and I couldn’t resist getting back on the snow for a week, as well as getting some much needed training. The two-week long course, run by New Gen instructor Dave Morris, was aimed at those training for their Eurotest, but it’s never too early to start getting used to the gates and I was keen to work on some of the feedback I’d had from my Level 2 assessment. 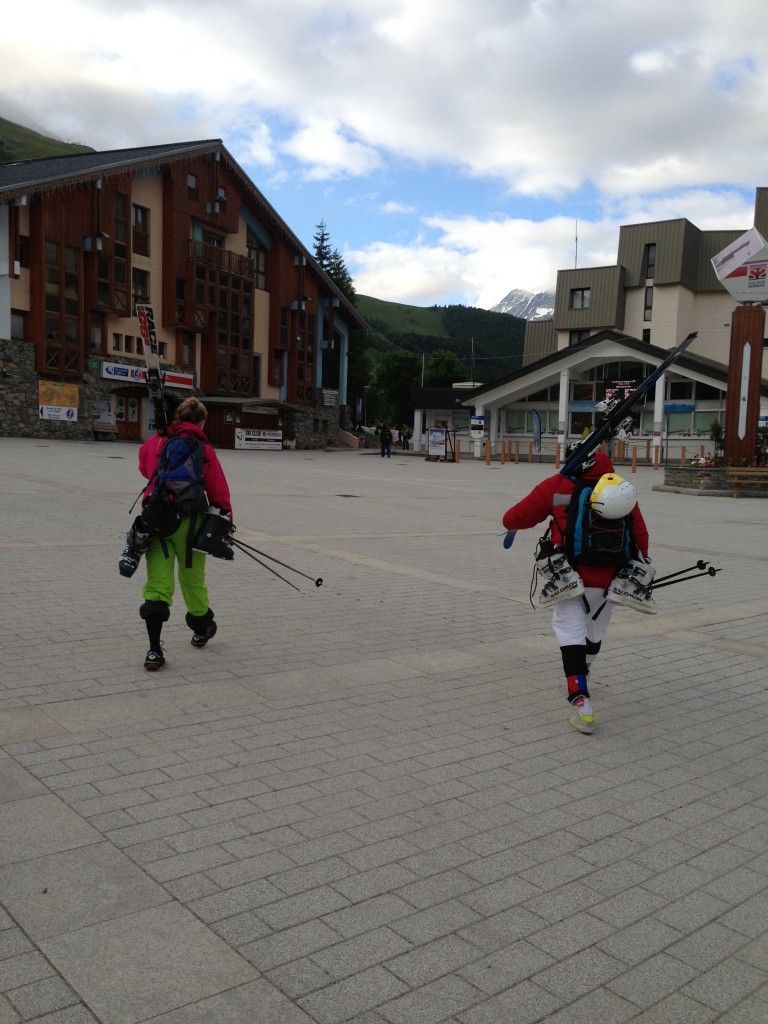 Early Start – walking to the lifts.

Summer skiing means early starts (queuing for the gondola by 7:30) and only a few hours of training each morning before the snow softens up.  Despite some cold weather the week I was there (it snowed!) the conditions were perfect with firm snow right the way through to midday when we’d pack-up for the day.  The course was mainly focused on improving GS technique: clean carved turns, getting a good line around the gates, strong start, but there was the chance for a bit of free skiing, and a very relaxed atmosphere.  Alongside Dave, were James Lister (a BASI trainer who I recognised from the BASI exams during my gap course) and Gianluca who trains an Italian race team in Sauze d’Oulx.  The group was a real mix of ages and abilities, and it was great to find out about the paths everyone had taken through the BASI system and their successes and challenges.  I also felt like I’d met a celebrity as followmyskis.com blogger, Amy, was there too!  There were quite a few former New Gen gappies and current instructors, either training for Level 3 or focusing on their Eurotest and final Level 4 modules.

Everyone enjoyed the course and got something from it – whether it be a confidence boost that the Eurotest is achievable, or a chance to get the ski legs back for a short period between seasons. I realised just how different a discipline racing is having been focused on BASI Central Theme for ten weeks in the winter.

The ultimate highlight has to be the sheer number of amazing skiers. Everywhere you looked you could see people working their skis and fully focused on sharpening up their race technique. We even trained alongside members of the Italian and French national teams!

The afternoons and evenings were great fun too: various sporting activities (tennis, volleyball, football-tennis, cycling) and a ‘Come Dine With Me’ competition where we came second place – we’re fairly certain there was some tactical voting going on from the boys, but did get chocolate for our prize so no complaints really! 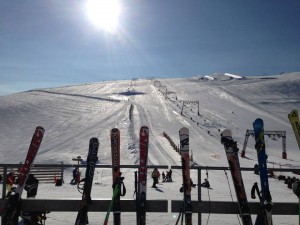 You don’t need to wait for the Christmas lights to come out to get the skis on. I’ll certainly be looking out for more summer camps and already planning what training course to take in Autumn ahead of the start of the season…

Thank you to Emily for telling us all about the summer Race Camp.  Looks like amazing fun and definitely on our list of things to do next summer!