So, day three of our discussion into why ski seasons are so addictive and what brings so many seasonnaires back year on year. Interestingly, our third idea is one that has been suggested by a few people on the blog and also on Facebook as one of their key pulls back to the Alps. 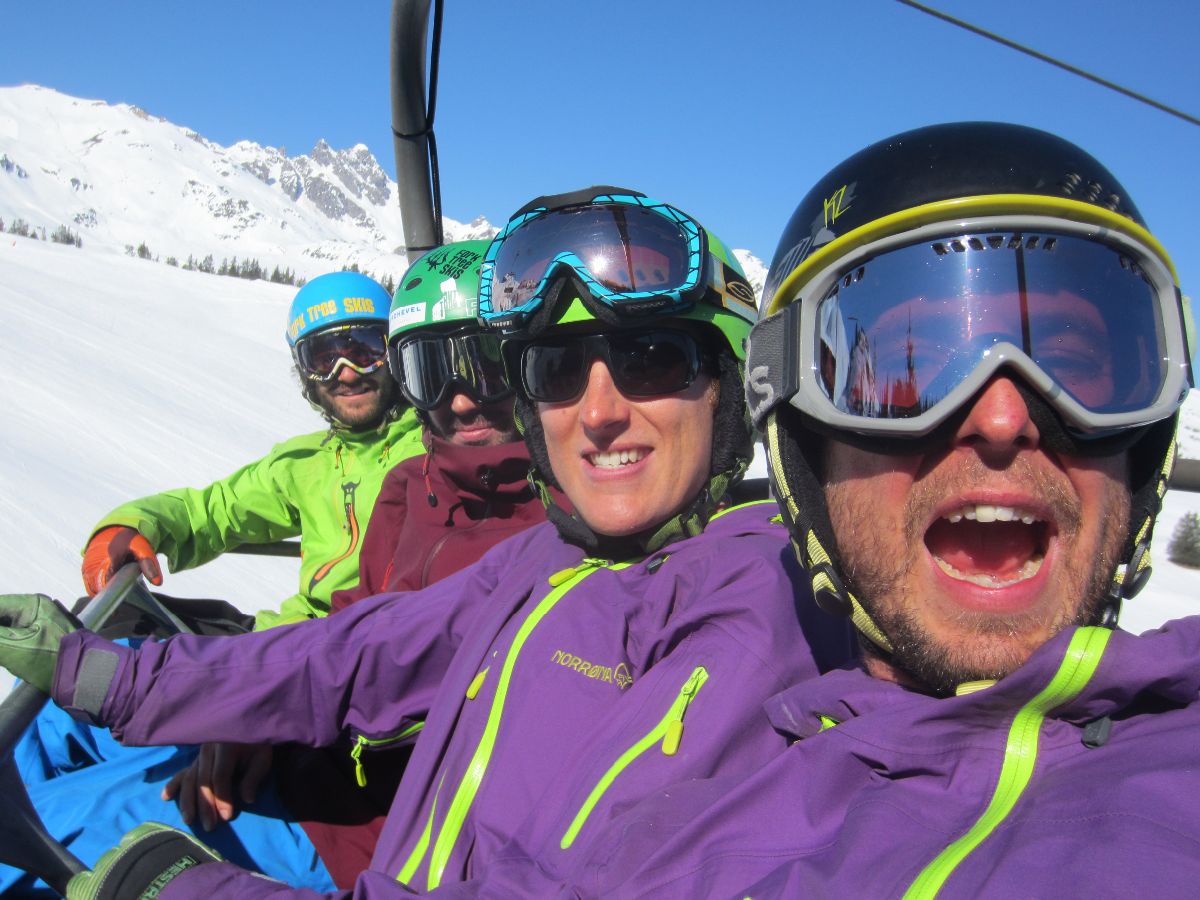 For those of you just joining today, here are the thoughts discussed so far:

On day one, we suggested that it’s the skiing and boarding which keeps us coming back for more. Then yesterday we discussed whether not achieving the goal you set for yourself this season would mean you’d feel the need to try again next year.

As for the third suggestion?

(and from comments, this seems a popular suggestion so far)

There really isn’t any other place I’ve been, or any other activity I’ve partaken in that has found me surrounded by so many like-minded people. People who share the same hopes, dreams and interests. People with similar values and a love of the good life and the outdoors. People who love life really.

You could argue that the skiing world isn’t historically very diverse, and typically skiers are white and middle-class, hence the similarities in interests. But I’d refute that fact. The tides are changing. All sorts of people ski these days, from all different backgrounds and yet they live in harmony. You just can’t beat the welcoming feeling you get when you walk into a bar in resort, like you belong. Maybe that’s it? Maybe it’s the Cheers effect. Going where everybody knows my name….

Whatever it is, I’ve met some of the most interesting people I know doing ski seasons (I even married one!), and its definitely the people that keep me coming back. We’re really keen to hear what you think though so keep your ideas and suggestions coming in and we’ll compile all your thoughts in the final blog on Friday.