So, we’ve come to the end of the week and it’s time to form some sort of conclusion about what it is that makes ski seasons so addictive and keeps us coming back year on year?

Suggestions have included the skiing (an obvious one really I know), the need to achieve a goal, being surrounded by like-minded people and living in the mountains. Today I’m going to throw a couple more thoughts into the mix which occurred to me last night when reading an article in the Telegraph online.

When asked about what life is like living and working in a ski resort one chalet host replied: “Working in a resort is like being in a bubble. There could be a nuclear explosion and you wouldn’t know about it.”

And that’s not too far from the truth. If you so choose, you can totally shut yourself off from the outside world. In fact many won’t leave the mountain on which they live until the coach pulls away at the end of the season. And maybe that’s the appeal? The ability to shut yourself off from the outside work and avoid reality. No more depressing headlines and tales of woe, and nothing to worry about other than how to spend your next day off. It’s like being a child again in some ways, living a sheltered life. And if you work for a tour operator where accommodation and all the trimmings are included in the package then you don’t even have to worry about life admin. No bills to pay. No maintenance to keep on top of. No appointment to make and keep. You just get your pocket money (or beer money) to spend each week and job’s a good’un. 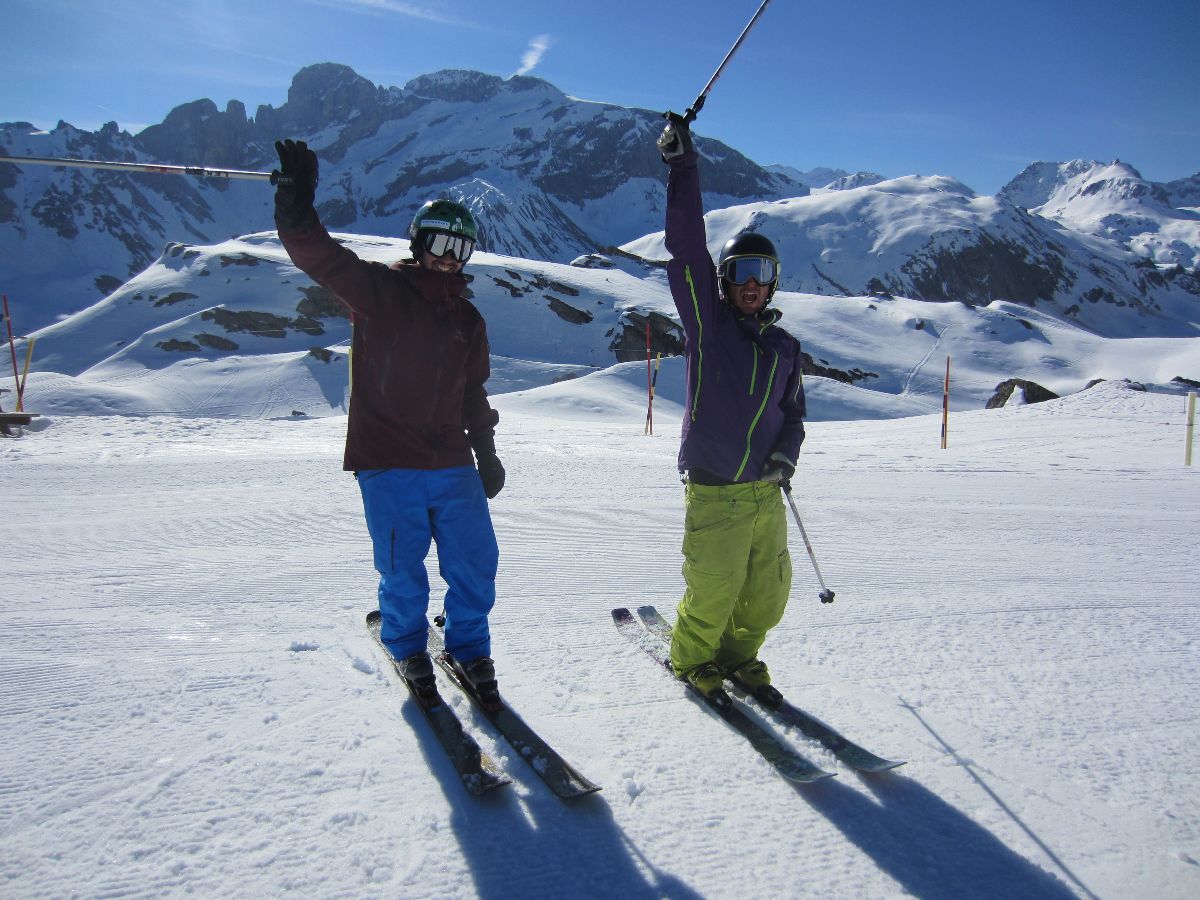 What’s more, ski resorts are party towns. People come to resort on holiday so they’re there for the good times meaning you’re almost guaranteed a jovial atmosphere and upbeat holiday vibe with cheery faces passing you in the street. Let’s face it – would you rather be surrounded by happy folk on their jollies, or grumpy commuters on the Tube, wishing they were in some distant place? Plus, how many times have you heard a Seasonnaire saying I can’t go out tonight, its a school night? No, everyday is a weekend in resort. Days are spent shredding the mountain and then each night there will be live music on in at least one establishment, someone will be celebrating their birthday with a round of shots – on a Monday! – and the party will be continuing ’til first light.

And so after a week’s discussion it’s time to bring this to a close. Thanks to all those of you who have contributed with comments on the blog, Facebook and Twitter who have made the final conclusion a straightforward one really.

After much deliberation I’ve come to the conclusion that whilst we all have different motivations for the choices we make, and the reasons we choose to do a season first time round, I think what sets us apart from the rest is the desire to return. You either get it or you don’t. Some might be locked into prior commitments with real lives, jobs, or uni to return to, but others…. and I’m going to throw the cat among the pigeons here…..just don’t get it. Something which drives is missing for them. Perhaps they don’t love the snow? Or they hate the cold of living in the mountains? Because what I think drives the rest of us is the combination of it all. For me Ski Seasons are the whole package. The holy grail. And if it ain’t broke, don’t fix it.

Still not convinced. Maybe this guy will make you think again….

So yes, I’ll admit it, my pension is non-existent, and I may not be thinking of the future; but right now I think I’ve got it pretty awesome. And so, as the leaves fall from the trees and the nights draw in this autumn, rather then dreading the upcoming winter I’ll be waxing my skis and dreaming of the feeling on that first turn with the snow in my face. See you there!