Ever wondered what it takes to become a ski instructor? And what ski instructor training involves? Last week we featured blogs showing our Verbier coaches in action as well as this year’s training team. Today Verbier Training Team Coach Jon Ahlsén tells of the success and failure along the way and the challenges trainee instructors face.

“It’s May (or at least it was when this was written) – my only summer month of the year and Sweden offers 7°C and seven degrees of rain variations. So, why not blog about skiing again? This time about what a ski instructor actually is. How do you become a ski instructor? Here’s the truth, without any sales talk.

I’m a lawyer (retired, but the scars don’t come off), so to me, the answer depends on what you mean by “ski instructor”. Did you ever get a straight answer from a lawyer? If you have ever paid attention on the mountain, you have probably seen many ski instructors in lots of different uniforms from many different countries. For example, I’m Swedish.

Most countries with a ski industry have systems through which you can qualify (and some, like Denmark and the Netherlands do as well, without a real ski industry back home). I can’t describe all of them, but most systems have different levels of qualification. BASI, the British system has four levels. The rest of this blog post is about BASI levels.

So, a “ski instructor” can be a level 1, 2, 3 or 4 on the BASI system. What does that mean? Vastly different things. To be clear, when I write about the levels below, I refer to passing levels. Alain Baxter was obviously pretty handy when he did his level 2…

is a week-long course in which both your skiing and teaching skills are assessed. The level is not high, and most people can achieve it after a week or two of training. You are only qualified to teach beginners indoors or on dry slopes. You have to start somewhere, but a level 1 ski instructor is not easily distinguishable in a big group of skiers.

is basically the same, you just have to be better. The exam is two weeks and your skiing and teaching skills are again assessed in the same exam. The level is achievable in the same season as level 1. Most gap courses run for ten weeks and include the level 2 exam. People do fail the level, so it’s not a giveaway. You are qualified to teach outdoors. You can hold your own down a red run, but people won’t stop what they’re doing just to watch you ski. 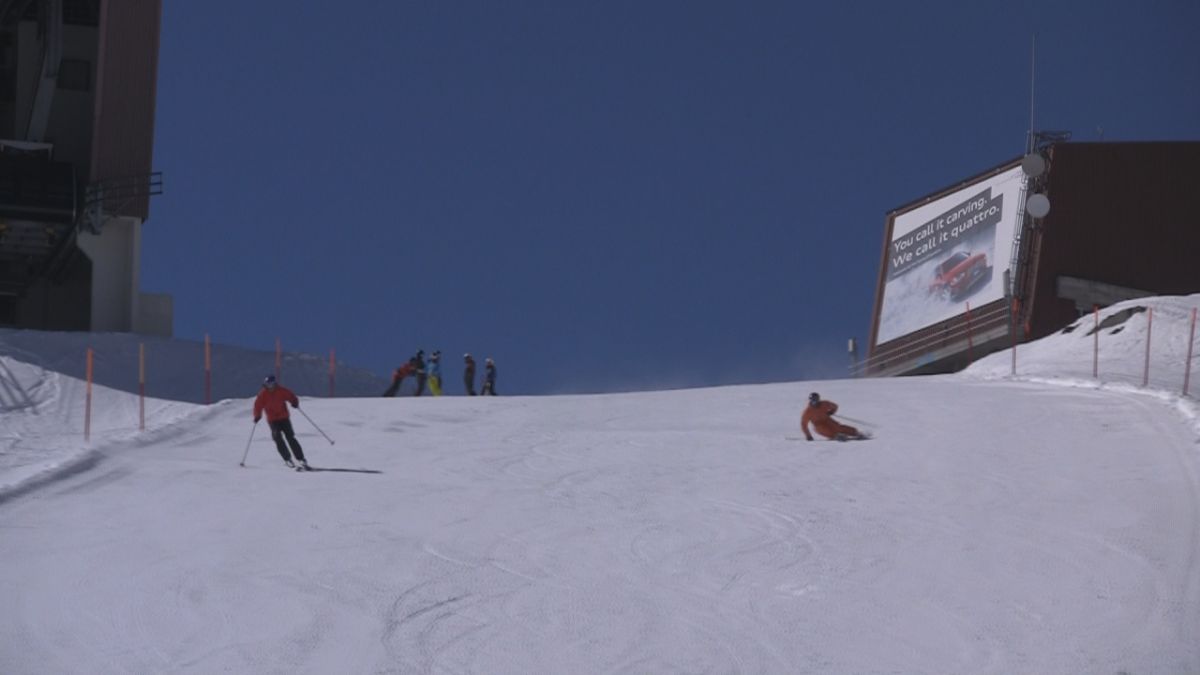 is a different animal. This is for people who are considering making a career out of ski instructing. For most people, it is a 2-3 year project, while working for a ski school at the same time. It has several modules, including backcountry guiding, a second discipline (snowboarding, for example), a second language, a week’s theory session in Scotland etc. Most people fail the skiing module, the “tech”, at least once. It varies, but the pass rate is probably between 30-50% (this is a guess, based on what I have heard the last few years).

is again entirely different. The step up from level 2 to 3 is very big. The step up from level 3 to 4 is even bigger. Monday morning of the “tech” you better be the best (or maybe second best) of your group of eight. If not, it’s not likely that you will pass. You have probably been a ski instructor for 3-7 years by now. You are aiming to become a lifer. Pressure is on. You have a lot riding on this exam. The tension in the air is almost palpable. People are quiet. Nobody’s smiling. Some of the people in your group have tried and failed this exam five times. 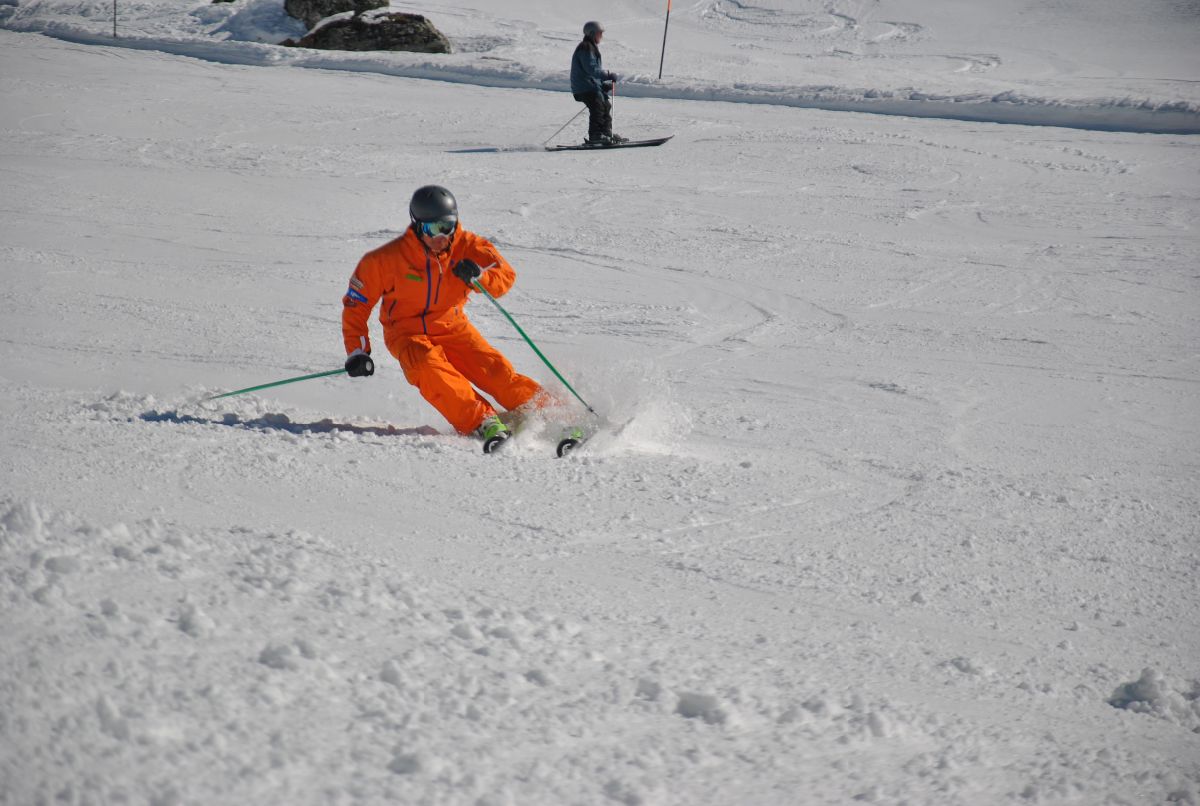 Josh passed his level 4 tech this season in Verbier. He was certainly smiling then.

You also have the Eurotest, the infamous GS race, where you’re allowed to be 18% slower than a theoretical Ted Ligety, the best giant slalom racer in the world (not entirely true, because the slopes aren’t injected with water, the set and slope are a lot easier, but the standard is very high). It might sound like a lot, but a top 30 world cup skier will usually be 2-3 seconds off in one run of about 70 seconds, so it’s not that much. You spend your Novembers on glaciers training for this, spend lots of money on special skis, cat suits and so on. And then you don’t pass in December, and you know that if you don’t, you’re probably not going to pass at any of the other tests later in the season. 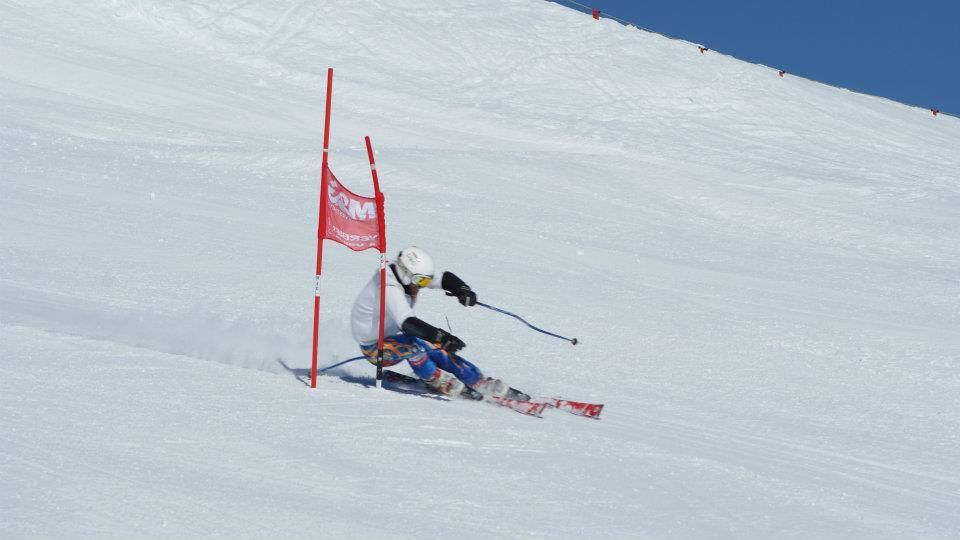 Here I am skiing gates. I grew up ski racing, so this was my favourite part of going through the system.

And then you’re unlucky with the weather in your back-country exam. When it’s time for you to guide the group, you’re in a complete whiteout. No visual references, and you are off by 100 meters on the map. Another failed exam. Next season, you blow out your knee. You get the idea… A level 4 instructor has gone through a lot to get there. It is tough and it is an achievement. Once you have it, you can call yourself a true professional.

And people will stop what they’re doing to watch you ski.” 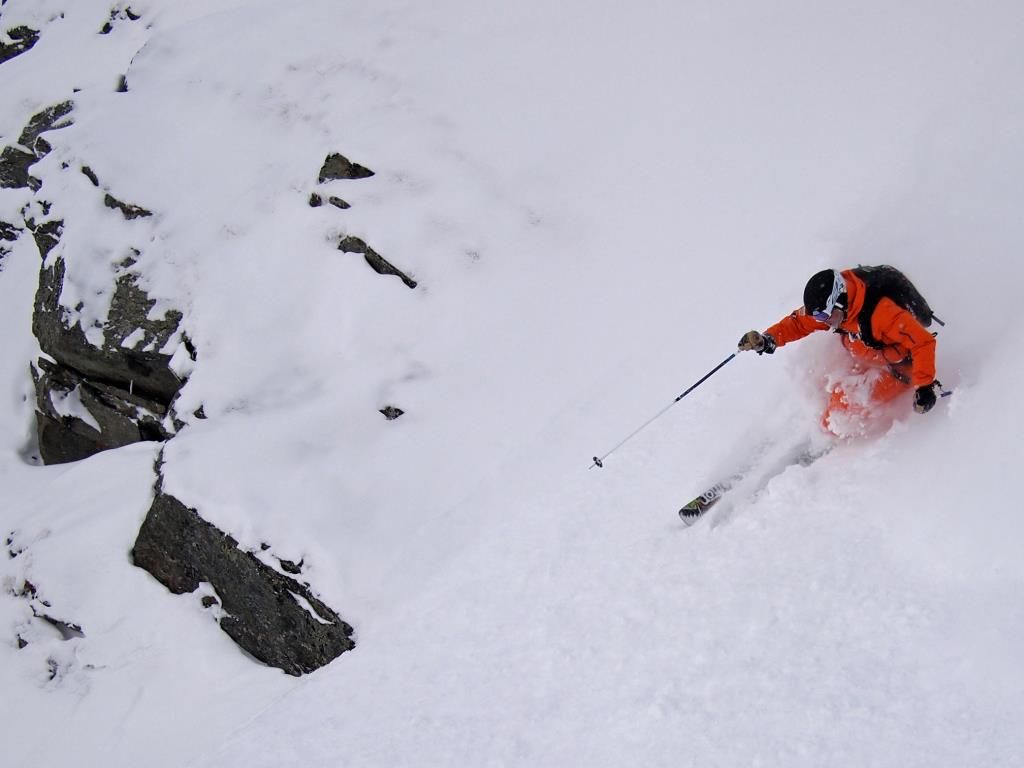