I work for New Generation ski school in Villars as part of the work and train team. 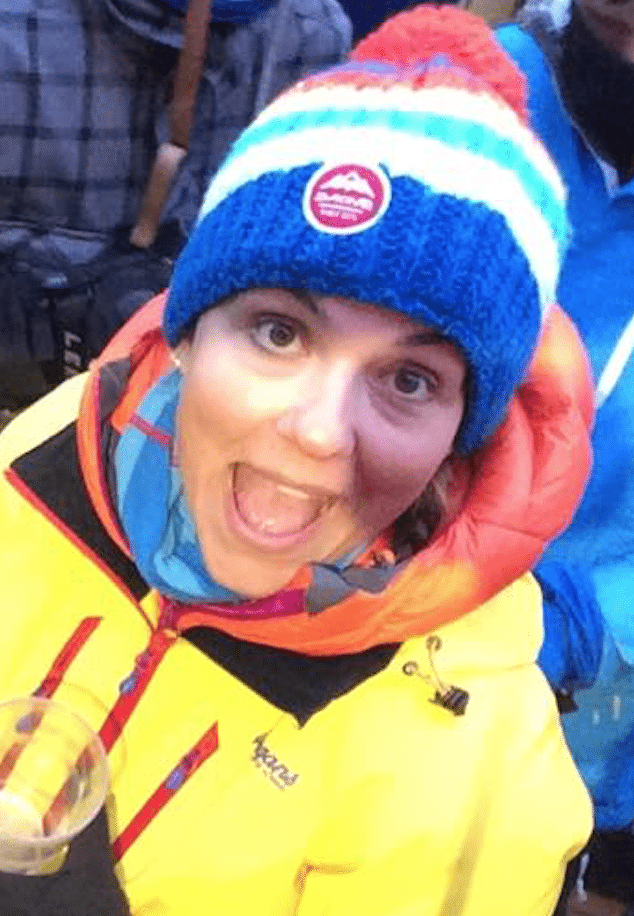 I am a Creative Director working in user interface design 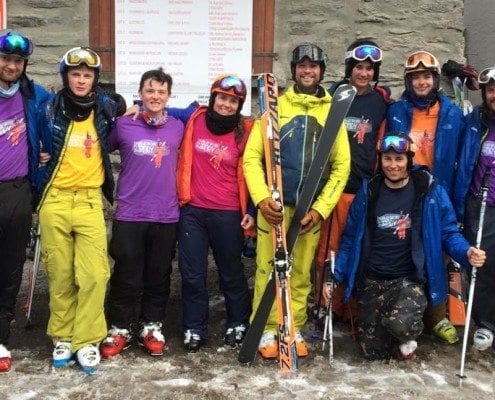 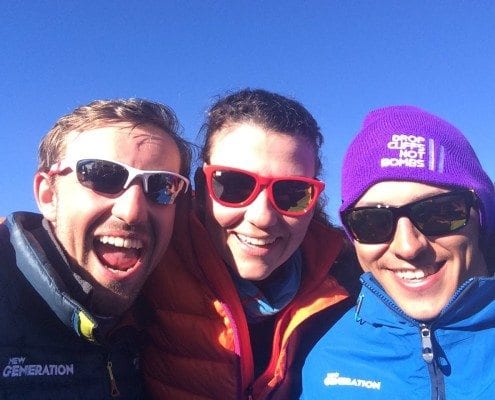 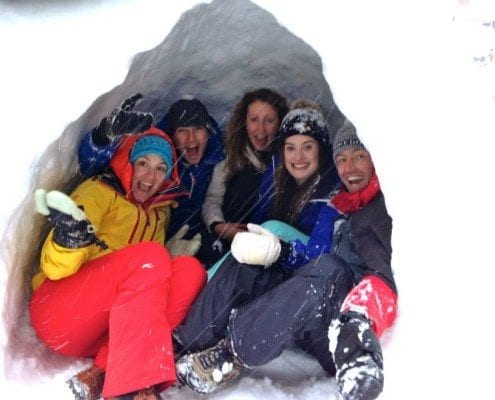 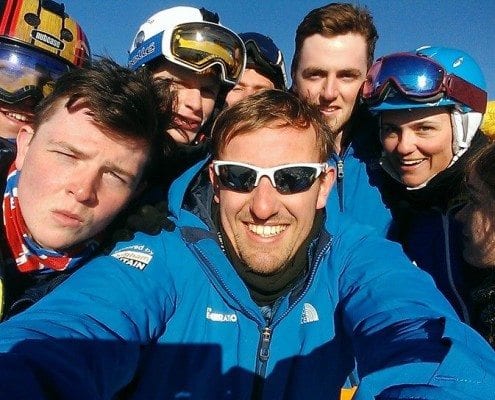 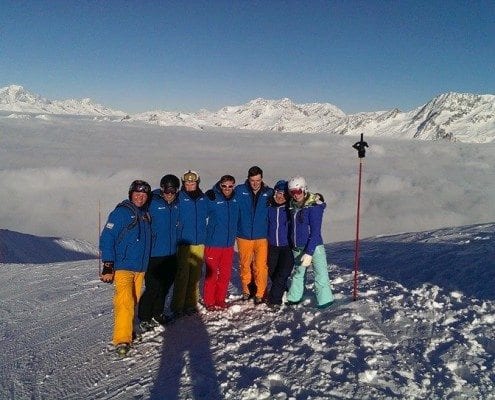 What you were doing before you took your first course with New Gen?

I am a Creative Director working in user interface design, I have my own limited company and contract for an experience design agency in the middle of London.

Born in Germany, it wasn’t that far to the mountains and my parents took me skiing for the first time when I was 5 years old. From that age onwards I went twice a year for a week, first with family, later with school and then with friends. Before I moved to the UK I lived in Munich, Germany, for 4 years, which even allowed me to ski at weekends throughout the whole season.

What made you decide to take an instructor’s course?

It all started in Verbier when I booked onto an off-piste course with NewGen in March 2014. I was lucky that all the others that had booked onto the course had to cancel at short notice so I had a one2one for 2 hours on a bluebird day. While the instructor Jamie showed me how to leave perfect tracks hopping through the snow like a bunny, we started chatting about life as a ski instructor.  It’s been always my dream to spend a season on snow and I was curious to hear what it takes. That’s when Jamie told me about the New Gen Residential Courses and said I should come to Verbier the year after. I wasn’t quite sure if I was good enough, but he was convinced that if I was open to change and able to get rid of old bad habits I could do it. I was hooked… Back in the office in London I had such bad holiday blues that I occupied myself looking into the details of the course and two weeks later I had booked. 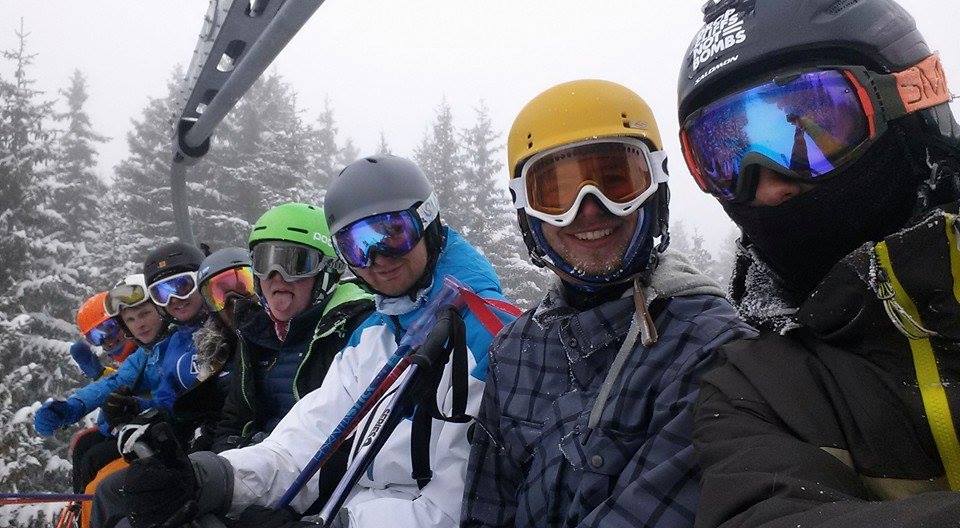 More of a gap year or in my case you would probably call it a sabbatical. I wanted to know what it’s like to live in the mountains, being able to ski every day and as a bonus improve my skiing.

What were your highs and lows of your first season?

2 weeks of ski school shadowing. I had two four year old beginner girls in my first week. We had to be quite inventive to teach them something that’s potentially quite technical, but by the end of the week we went down a green run and the girls used a button lift on the their own. Success! There was nothing more rewarding than hearing the girls happily squeak and giggle as they followed us down the mountain. That’s when I was hooked and knew that this is what I want to do for a living… In my second week I was lucky enough to ski around with the freeriders (10-13 yrs, freeride is for kids who are already excellent parallel skiers on all pistes from green to black). No run was steep enough, everything was fun, playful and sometimes even for me quite a challenge.

General highs are obviously waking up on a bluebird day, leaving first tracks on the slopes after it has been snowing all night and when you realise that your skiing has changed for the better

I guess the lows are the obvious ones. When you think you will never be able to ski better, when people injure themselves and when I did not pass my level 2 first time. Although in hindsight not passing opened up many opportunities. I went to Hintertux in April for the resit and besides improving my technique and finally passing, I met a lot of great people, some of them from NewGen Villars where I will be spending next season… 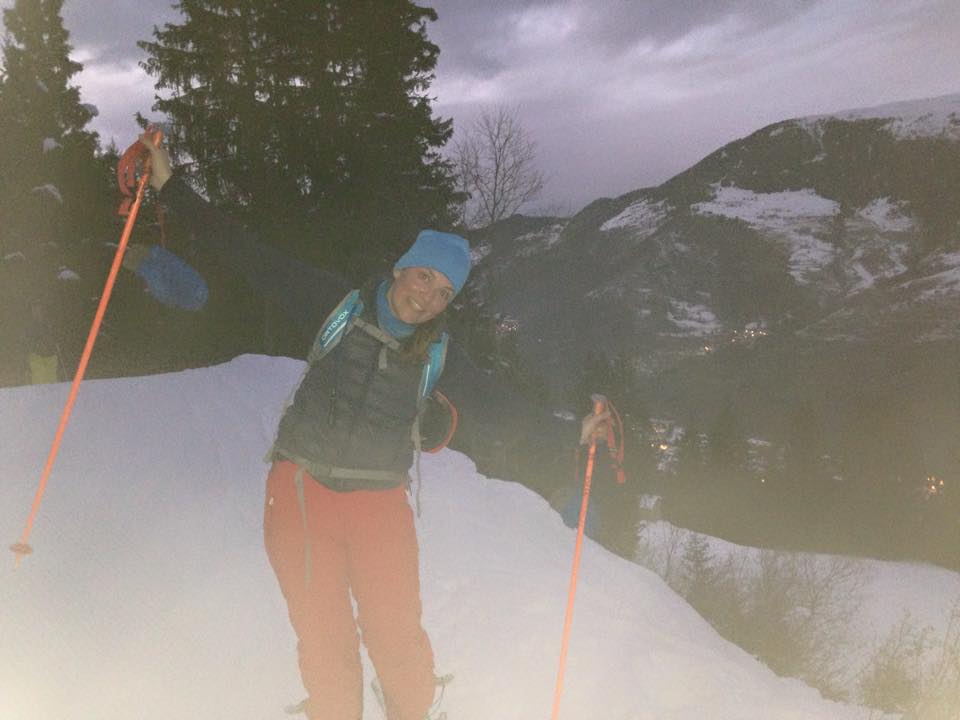 What you did after your first season?

After our gap course a lot of us rented a chalet for a week to just ski around and have some fun together. After that I went back to my job in London and started planning next season.

Did you always intend to return to do Level 3 training?

No, not at all. Three things had an influence on it. Having structured practice with the level 3s in Courchevel as part of our training there gave us the opportunity to see what they are doing in their training. Secondly I was lucky enough to shadow Alessandro Cambon (level 3 trainer in Villars) and James Lawson (level 3 trainer in La Tania), talking to them I got more insight into what the training would be like and reassured me that I could do it if I put enough work in. And last but not least I met some people who had done the work and train last season. Everyone was really helpful and answered a lot of questions I had regarding the programme.

What you are looking forward to about going to Villars?

What’s not to look forward to when spending a season on snow, living in the mountains, being part of a great training team and ski school family? Everything!

If I have to pick one thing I’m looking forward to the most, then it is probably the moment when it clicks and I learn how to tackle moguls – you can’t cheat the bumps! I love mogul pistes and this bit of training will be hard but rewarding once completed.

My Friends, family, all the people I have met through New Gen and anyone I have skied with in the past few years have had a great influence on the pathway I have chosen.  I have received an incredible amount of support throughout my journey – physically, mentally, emotionally and financially. I think it helps having a great support network like I have had…

Becoming a ski instructor may seem a daunting task and the variety of courses available certainly does not make it any easier, but here at New Generation we have over 10 years experience of running ski instructor training courses and during that time we have come across most situations, problems and variables.

We are available 7 days a week and will be able to guide you through all steps of the BASI system, at every level. So contact us today and find out more.

Note: If you contact us regarding a specific course we can also send you a full brochure, so don’t forget to enter your address details.

Here at New Generation we offer a selection of complete ski instructor courses. You can join us on a residential course from 1 week to the whole season training, practicing and taking exams. We offer both BASI accredited training and exams, depending on the level you are trying to achieve.