As Verbier is something of a heartland for New Generations instructor training courses it takes a lot of trainers to delivery everything we offer. With courses running at every level of the BASI system meet the mentors who can take you from your BASI 1 to BASI 4. 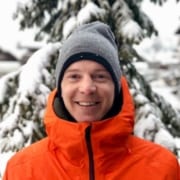 One of the coaches heading up this course is Rob. Having grown up in Geneva Rob has been skiing since he was 2 so was already an accomplished skier when he joined New Gen to finish off his BASI qualifications. He has been working for us ever since and has not only completed his BASI Level 4 ISTD but also his Swiss Patente, Brevet Federal, UKCP Freeski Coach Level 2 and BASI Snowboard Level 1.

Don’t be fooled by his youthful skin this mountain man has serious experience teaching and running training courses. 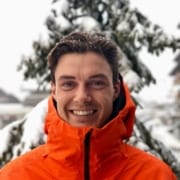 Hailing from the South Coast of Oz Ally grew up with the ocean as his backyard. When there wasn’t any swell to surf he would head inland for the snowy mountains with his snowboard. After achieving everything he wanted to as a border Ally made the jump to skis and has never looked back. Ally has now taught in both Australia and Europe for a number of years and is ready to pass on both his experience and passion for the sport to our trainees.

Our level 3 trainees have the perfect support to make the jump from BASI level 2 to Level 3. 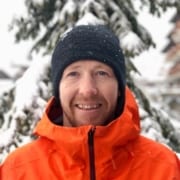 As well as being a lead trainer on our BASI level 1 and 2 courses, Andy heads up the Level 3 ISIA programme.

Andy has been hooked on skiing since he was 6. Having grown up in the Lake District, he began teaching at the local dry slope when he was 16. He has since taught in Italy, Switzerland, France and New Zealand.

As well as completing his BASI Level 4 ISTD Andy holds the Swiss Patente and has experience in race coaching with his UKCP Race Coach Level 2, Freestyle with his NZSIA Freeski Level 1 and he can snowboard too.

We have two coaches to run the training to push trainees to the limit and get them across the finish line of their BASI qualifications. 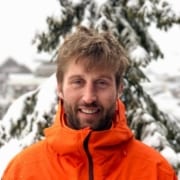 Tom is our Verbier Resort Manager. As well as the BASI ISTD, Swiss Patente and Swiss Brevat Federal. He’s a trainer and examiner for BASI.

A self-confessed punter skier until he joined our Meribel BASI 1/2 Gap course, Tom now has what he describes as “probably one of the coolest jobs in the Alps”. Most of his time is spent on the hill coaching our Level 4 trainees but he also stays very involved in our Gap and ISIA courses. Tom is passionate about creating a solid pathway through the qualification system where our trainees can be supported right from level 1 to 4. 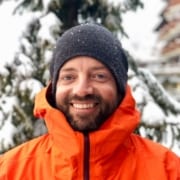 Jon has all the qualifications going. He is an ex-racer and also worked hard to earn his:

Jon has amazing experience from his work in Europe, Canada and New Zealand.