If you want to ski fresh, untracked powder, with nobody else for miles around you could go
heli-skiing but that’s expensive. The alternative is to go ski-touring and use special bindings and furry climbing “skins” on your skis to walk up the snow. Suddenly, wherever there is snow on a hill, you can go skiing, including unlikely destinations such as China or Bolivia.

As part of their BASI Level 4 qualification, New Generation’s instructors have to complete the European Mountain Safety exam, which includes logging some days of ski-touring. The Verbier Training Team are always on the lookout for days-off with good weather and good snow that will let them explore the wild mountains which surround the resort. 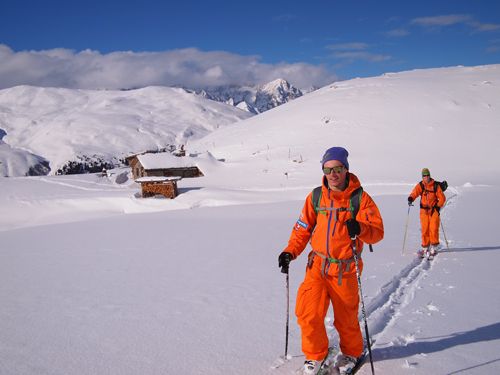 On Friday Gordon, Josh and David drove a short way from Verbier towards the Grand Saint Bernhard pass, famous for its monastery and dogs. We spent 5 hours climbing 1,200m up to the top of the Bonhomme du Tsapi (2803m). The route started in beautiful larch woods and then went through a gorge to the alp of Azerin. This summertime cow farm was all shut up for the winter but there was a bench and super views while we had our elevenses. 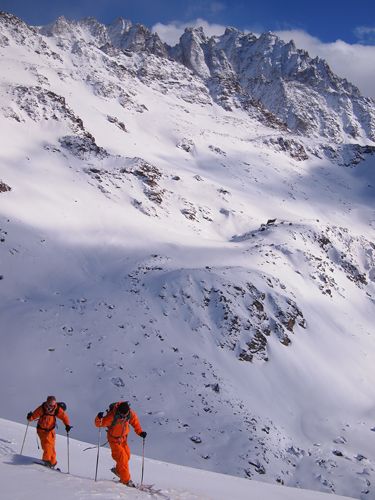 Still going… the view makes it worth it, right?

After stopping to watch a herd of chamois climb the cliffs above us, we carried on up a big
valley and then up a steep, narrow ridge to the summit. The mountains to the south were
covered in the clouds of an approaching snow storm. We quickly took our summit photos,
peeled off our skins, locked down our heels and started to ski down. 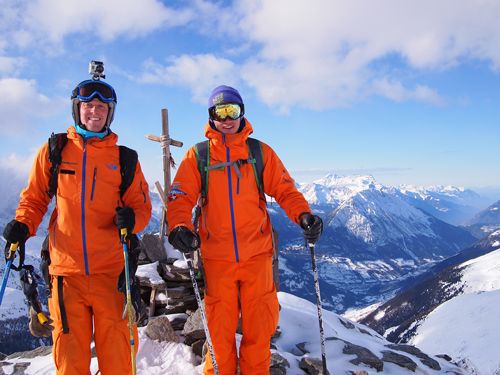 At the top! Now for the ski down… 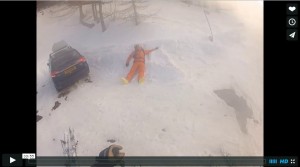 The snow pack this winter is dangerous off-piste because of a layer of fragile depth-hoar,
buried right at the bottom. We’d chosen this tour because the slopes were mainly south
facing: the safest aspect on the Swiss SLF avalanche forecast. Even so, the wind had blown the fresh snow from the previous days into the bowl that we wanted to ski, making a dangerous windslab. This forced us to ski some terrible but safer snow at the start of the descent. After that we found some great powder between the rocks. The last part of the ski down was the narrow path through the forest, which really was as crazy, fun and scary as it looks on Gordon’s video (above left). 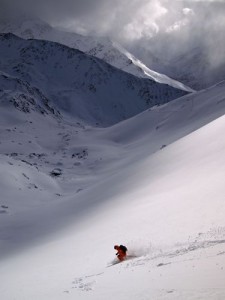 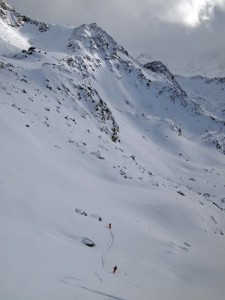 Totally worth the effort, this was a great day out: an opportunity to walk and talk, share an adventure and some good turns. The route had a super variety of beautiful environments and we saw nobody else all day. Tired and happy, we drove back to Verbier. Time for a big cup of tea and a bath!

Over the last two seasons, David has compiled his ski-touring adventures into a Kindle guide book, packed with photos of the New Generation team exploring the mountains. You can see a sample here. 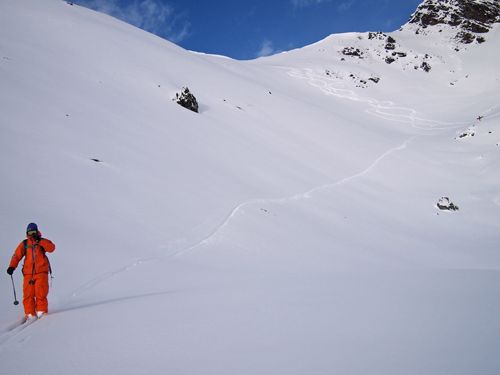